Enrollment into the Medfusion Patient Portal is by invitation only. Contact our office to discuss receiving your enrollment invitation. Please note you will be asked to confirm or verify information we have on file related to your account.

On Tuesday April 23rd, State Representative Jordan Harris held a town hall meeting at GPHA’s Carl Moore Health Center to discuss Criminal Justice Reform and other state-related information. Over 90 guests were in attendance including, GPHA’s Executive Staff and Board Members.

The purpose of the tour was to introduce Representative O’Mara to GPHA and the comprehensive healthcare services that we provide. The State Representative was very impressed with the facility, as well as, the services offered.

Special thanks to Mr. Brian Clark and the GPHA Spectrum Behavioral Services Staff who played an integral role in hosting and accommodating State Representative Jennifer O’Mara. 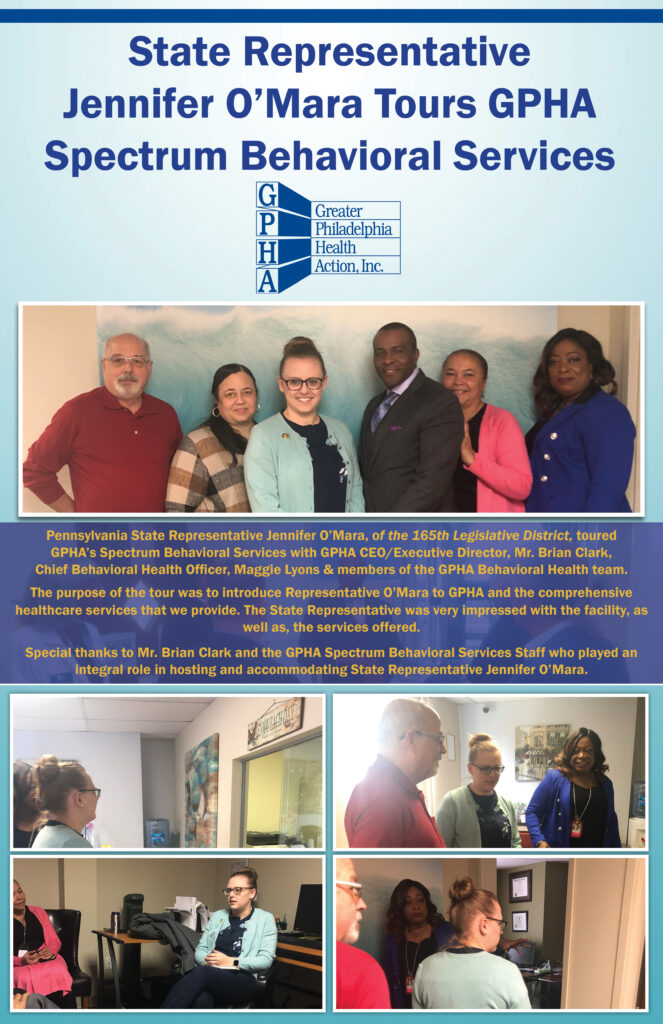 With the continued support of our community and political representatives’, we will continue our quest to improve and expand services. Special thanks to the Frankford Avenue Health Center Staff who played an integral role in hosting and accommodating State Representative Dawkins.
THE GPHA WAY! 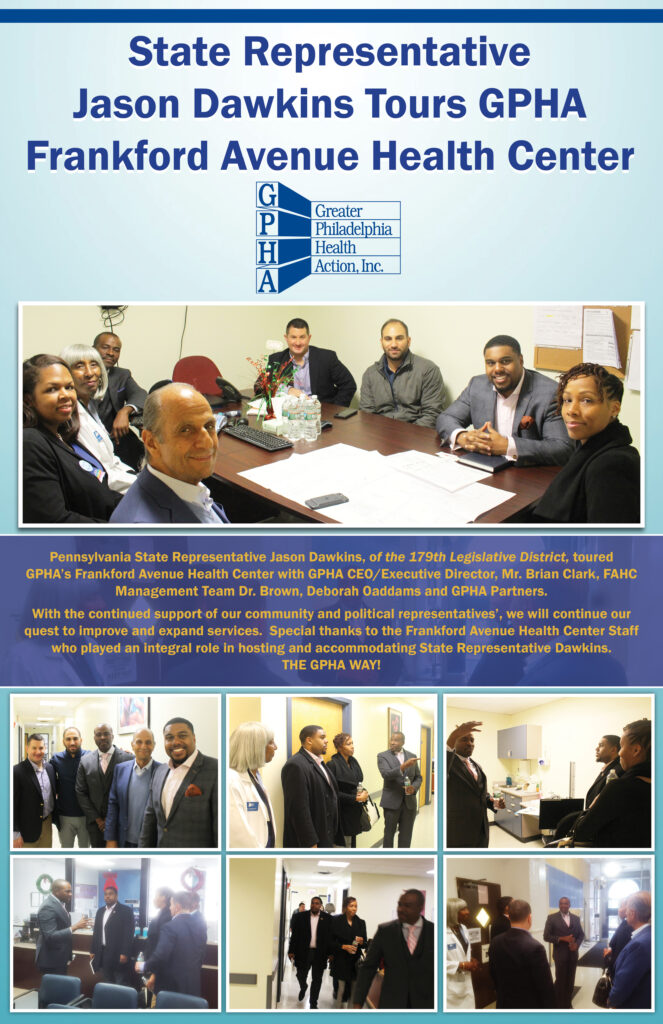 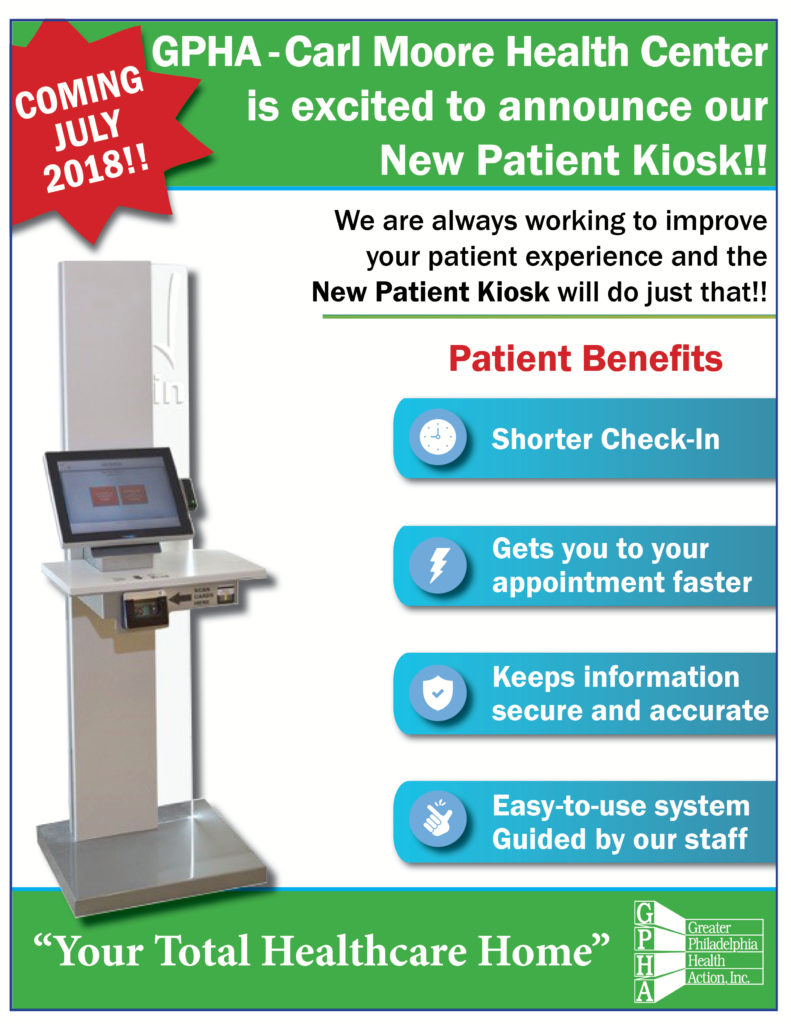 On Tuesday May 8th, Pennsylvania Governor Tom Wolf along with State Representative Jordan Harris returned to GPHA’s Carl Moore Health Center to announce the launch of the Gun Violence Reduction Initiative: “in an attempt to tackle the gun violence crisis head-on”. 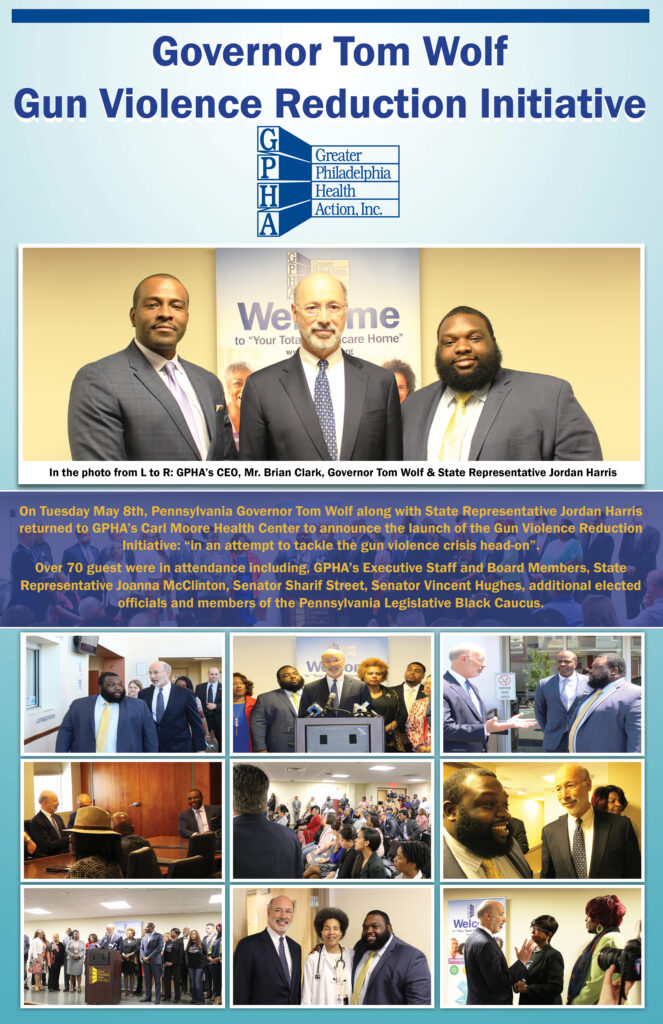 On Friday, May 4th, Councilwoman Cindy Bass, City Council of Philadelphia District 8, toured GPHA’s Hunting Park Health Center with CEO/Executive Director Mr. Brian Clark. The purpose of the tour was to introduce the Councilwoman to GPHA and the comprehensive healthcare services that we provide in one location.

The Councilwoman toured the Health Center’s Medical, Dental, Behavioral Health and Medicine Dispensary areas and was very impressed with the facility, as well as, the services offered. Councilwoman Bass is the new Chair of the Council Committee on Public Health and Human Services and planning an aggressive and comprehensive agenda to promote public health. Special thanks to Mr. Brian Clark and the Hunting Park Health Center Staff who played an integral role in hosting and accommodating Councilwoman Cindy Bass. 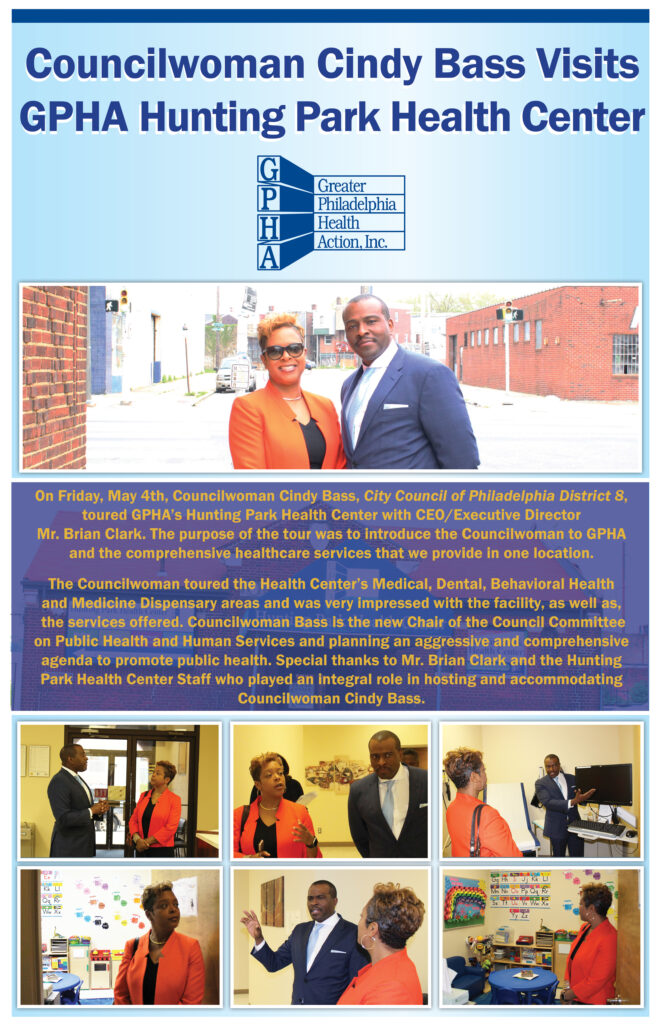 The panelists brought attention to the city’s homicide rate as they listened to families, medical practitioners, clergy and funeral directors’s personal stories about how gun violence has affected their lives. Governor Wolf told the panelists that the discussion was “just the start” of a long conversation to manage gun violence. The Governor pledged to devise a plan to address the issue using the suggestions the speakers proposed, which included treating it as a public health crisis with preventive measures such as better schools and comprehensive treatment that includes addressing community trauma in the aftermath. 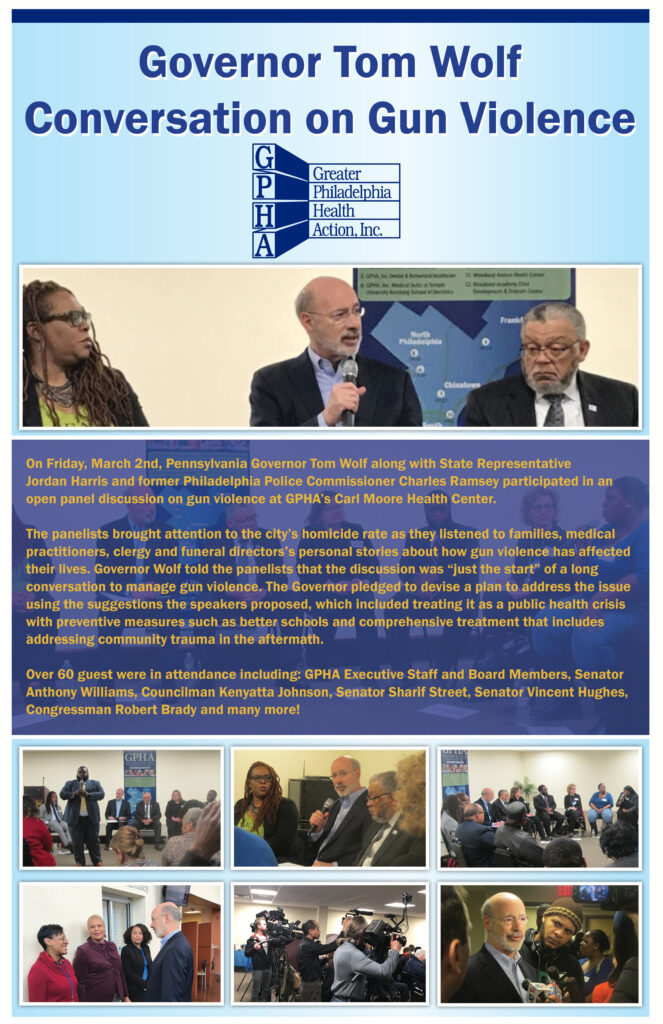